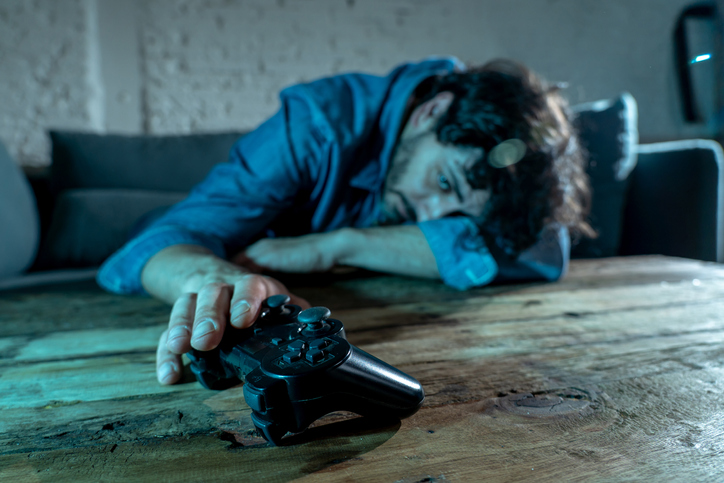 The Signs and Effects of Game Addiction

Playing video games is one of the most popular hobbies in the world. However, as with any other leisure activity, it’s possible to overdo it and get addicted. This is made worse by the lack of public awareness on the issue.

Unknown to many gamers, video game addiction is a real disease. In fact, gaming disorder is classified as one of the diagnosable addictive behaviors by the World Health Organization. 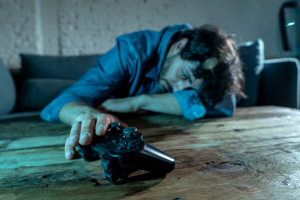 What Is Game Addiction?

Not everyone agrees that gaming has negative consequences. Some, including some parents, believe that when a child plays video games, it enhances creativity and builds the ability to work collaboratively. While these benefits may exist, excessive gaming can negatively effect studies, lower levels of physical exercise, and adversely effect an adolescents social life, making these benefits seem less appealing.

Video game addiction is the uncontrolled, and excessive use of video games that might affect other areas of a victim’s life. These effects might include less productivity at school, work, or even failing to attend family events.

There’s controversy on whether gaming is as addictive as substance abuse and other addictive behaviors. Nevertheless, any obsessive preoccupation that affects your real-life activities can be termed addictive.

What Are the Signs of Video Game Addiction?

Unfortunately, most gaming addicts are unaware that they have a gaming disorder. It’s therefore essential to learn the warning signs you should watch out for to tell if you or your loved one is suffering from gaming addiction.

Since gaming is primarily a hobby, most gamers participate in other recreational activities. These include physical activities like bowling and fishing. Once you’re addicted to gaming, you might still go to these activities, but gaming takes precedence.

According to the American Psychological Association, there’s a link between playing violent video games and increased aggression in adolescents. Therefore, if a teen starts acting up, you might want to check how much time they spend playing games.

That said, the study did not find enough evidence to link video game use to delinquency or criminal violence. Instead, those have been associated with underlying mental health problems. 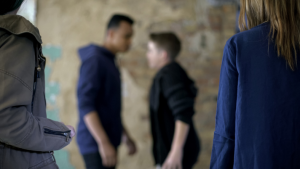 video game addiction might lead to violent behavior in teenagers

One of the critical signs of most addictions, including drug abuse, is denial. If you spend too much time playing video games, you might be ashamed to admit it, hence finding yourself lying.

Addiction is defined as the inability to stop using a substance or engaging in a behavior even though it has negative effects on your physical or mental health. If video game overuse affects your daily activities, but you can’t seem to stop, you might suffer from video game addiction.

Additionally, if you have to increase the time spent gaming to achieve the same level of enjoyment, your addiction might be getting worse.

Could You Be Addicted to Online Gaming?

Most modern computer games are online or have an online extension. In fact, the American Psychiatric Association estimates that at least 160 million American adults play online video games.

What Are the Effects of Video Game Addiction

Compulsive gaming can have adverse effects on the victim and the people around them. Here are some of the things that might result from problematic gaming.

Video game addictions can promote depression and other mental health problems. Although pathological video game use is not widespread, some experts have observed that video game addicts sometimes play video games to escape stressful situations at home, school, or work. While some might argue that this is therapeutic, it does not address the challenges and instead sinks them further into depression.

Although most online video games promote teamwork in a virtualized environment, they don’t prepare young players on how to socialize in the real world. Therefore, children who develop video game addictions are likely to grow up without social skills.

Recurrent gaming behavior poses a few physical health challenges. Spending hours in one posture (mostly a bad one) can take a toll on a young person’s body. The lack of physical exercise can also lead to weight gain and lifestyle diseases.

A study on the effects of digital gaming also showed that some gaming addicts have shorter attention spans and exhibit signs of ADHD. The fast-paced movements in video games promote a loss of concentration in children and adolescents. As a result, they’re less interested in reading or other activities that require prolonged attention. 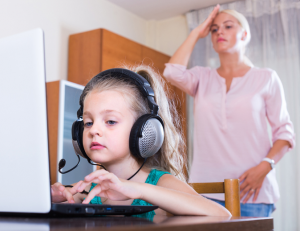 Can You Play Video Games Without Getting Addicted?

It’s important to note that not everyone who plays video games is addicted. So, if you’re an avid gamer, it’s you should learn the risk factors that might lead you to addiction. These mostly involve underlying psychological conditions such as stress, trauma, and depression.

Simply put, if you play video games to escape from some emotions, you’re at risk of becoming addicted.

There are two ways to cure gaming disorder. One involves going to a specialized facility while the other is a do it yourself approach.

Treating video game addiction in American addiction centers is done through Cognitive Behavior Therapy (CBT) and counseling. Family therapy is also an important part of the process, with some treatment facilities incorporating medication to hasten the healing process. 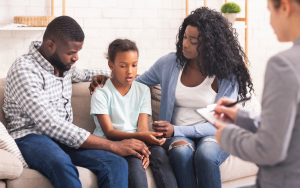 family and friends are an important part of gaming addiction treatment.

However, unlike substance addiction, video game addiction is tied to computers, which are an important part of our lives. Therefore, the treatment also mostly involves controlled use instead of abstinence.

Recovering from gaming addiction at home is much more challenging because of the withdrawal symptoms. These include loneliness, a desperate desire to return to game playing, and insomnia.

Even so, it is possible with adequate support from family and friends. Here are some of the things you can do to make the process easier:

The first step in overcoming a game addiction is to recognize it as a problem. If gaming has begun to negatively affect your schoolwork, relationships, or other activities that are normally important to you, then you should try to implement some form of moderation into your playtime.

If this does not solve the problem, and you feel overwhelmed with thoughts about returning to gaming, talk about it with someone you can trust and ask them for support. You can also use youth crisis hotlines to talk to mental health professionals.