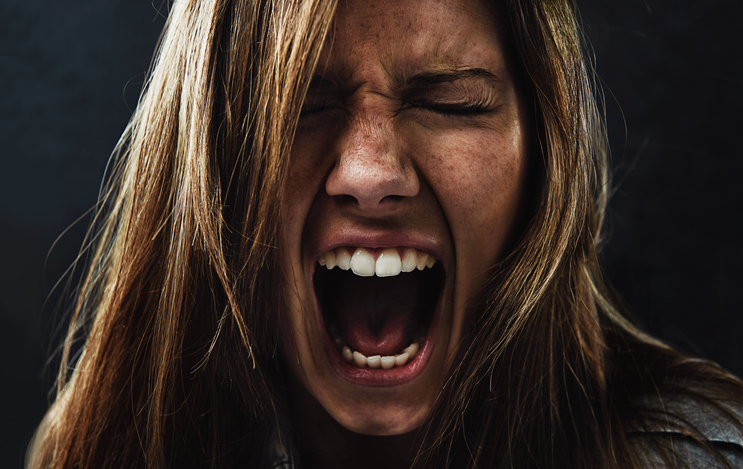 Devastated by Intermittent Explosive Disorder? Here is a Helpful Solution

Imagine you were at home with your wife and a young kid. Being a free weekend, you decide to help her chop vegetables in the kitchen at lunch hour. Everything is calm.

Then as she squeezes her way through the somehow congested kitchen, she accidentally knocks your hand, making you slice a small cut into your thumb. What would be your reaction?

Without a doubt, an overwhelming majority of you will agree that this will cause some anger. But not to the extent of provoking serious temper tantrums that can lead to physical fights, punching walls, or smashing objects around.

So what could make someone react so aggressively when annoyed by something small? And if someone around you develops the condition, can it be diagnosed and treated successfully?

What Is Intermittent Explosive Disorder (IED)?

Intermittent explosive disorder (IED) is a mental disorder that causes an individual to exhibit frequent episodes of sudden and intense anger outbursts over small annoyances.

It is characterized by explosive behavior, including verbal outbursts, physical aggression towards people or things, and sometimes self-harm. This “attack” spans a short period of under 30 minutes. Afterward, the victim will come back to their senses with feelings of guilt, embarrassment, and regrets.

An interesting fact about intermittent explosive disorder is that victims are so much aware of their aggressive outbursts but, in some way, cannot bring them under control.

The onset of intermittent explosive disorder happens at 14 years on average. However, some people begin to experience it when they are as young as six years old. It is rare for individuals to develop IED past 40 years of age.

Causes and Risk Factors for IED

The cause of intermittent explosive disorder (IED) cannot be pointed to a specific source. However, certain biological/genetic, physical, and environmental factors are known to be associated with its development. In most cases, a combination of these factors triggers the development of IED.

The collective evidence from brain scans suggests that people with intermittent explosive disorder have a different brain structure. They have lower than normal amounts of serotonin in their brains.

Moreover, physical injury to the prefrontal cortex has been associated with the development of intermittent explosive disorder later in life. 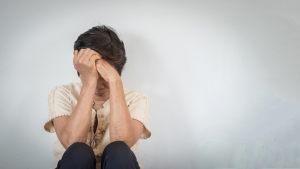 Childhood trauma is linked to development of intermittent explosive disorder

Symptoms of IED can largely be traced back to the environment a person grew up in. A person whose parents or guardians subjected them to intense verbal and physical abuse as a child may grow to imitate the same traits and eventually develop IED.

Other risk factors that can lead to the development of intermittent explosive disorder include being born male, being a victim of long-term substance abuse, or having experienced multiple traumatic events in childhood.

How Is Intermittent Explosive Disorder Diagnosed?

We are often advised against self-diagnosis, especially by looking things up on the internet. This advice should be taken very seriously when it comes to mental health disorders.

Mental health conditions may overlap in symptoms, which is why the diagnosis of intermittent explosive disorder is not a straightforward affair and should only be done by a mental health professional.

The diagnostic criteria for IED follow the Diagnostic and Statistical Manual (DSM-5) provisions. A trained professional will use this guide to accurately determine if you have IED.

You can only be eligible for diagnosis if you have experienced a minimum of three aggressive episodes with physical symptoms like injury or property damage to back it up.

Is IED the Same as Bipolar Disorder? Is it a Serious Mental Illness?

Symptoms of IED may be similar to that of other mental illnesses such as bipolar. However, diagnosis by a professional usually separates the two with high accuracy.

If left untreated, all mental illnesses, including IED can lead to serious harm to self and others or even death. In fact, IED puts young people in greater danger of attempting suicide.

It is estimated that about 81% of IED patients have other mental disorders, including anxiety, bipolar, depression, and other disorders related to impulse control.

Identifying symptoms of IED can help you take the initiative of getting medical attention before worse things happen to yourself, your relationships, and other aspects of your life.

It is shocking that as few as 30% of people exhibiting symptoms of intermittent explosive disorder are reported to seek treatment. What makes this worse is that most of the small percentage who seek professional help get treatment for substance or emotional problems, ignoring the anger issue.

Watch out for the following symptoms of IED. They usually occur shortly before explosive outbursts of anger.

If the following symptoms accompany your angry outbursts, you may be having intermittent explosive disorder.

If you have a close relationship with someone who shows symptoms of IED, we highly encourage you to help them find an intervention from a professional.

Working Solutions You Can Get from Mental Health Professional

Individuals living with IED are likely to get into trouble everywhere, from home to the workplace and even public places. Therefore, if you are suffering from this mental health condition, finding a way to help you manage it should be a priority.

A healthcare professional will likely subject you to several treatment courses depending on your diagnosis information. You will certainly need Cognitive behavioral therapy (CBT) to help you deal with anger.

CBT first identifies thoughts and situations that trigger sudden outbursts and then works to slowly replace them with adaptive responses. This tells you that CBT may take weeks to months of classes to yield results. In general, it is very effective, as seen in this randomized controlled trial study.

Medications such as antidepressants, antianxiety, antipsychotics, and mood stabilizers are also used to suppress impulsive and aggressive behavior. As long as you adhere to the prescription instructions, the medications will certainly work well.

Thus, you or someone close to you should not suffer in silence. Together, we can help end the mental illness pandemic and promote a stress-free life.

In case of emergency, do not hesitate to call National Suicide Prevention Lifeline toll-free at 1-800-273-8255