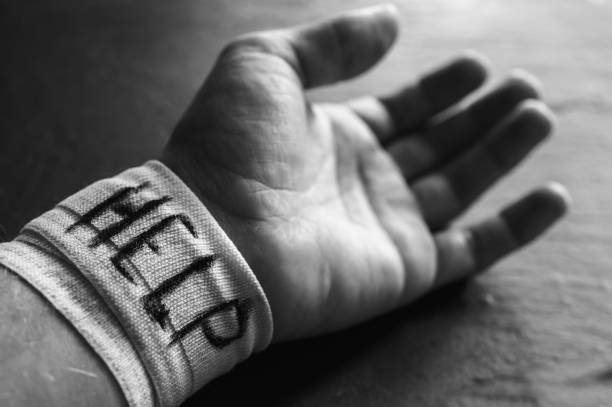 Self-Harm: Is Hurting Yourself a Sign of Mental Disorder?

Self-harm is an intentional act carried out by a person with the aim to cause non-fatal injury to themselves. Other names for self-harm include self-injury, self-abuse, self-mutilation, self-inflicted violence, and parasuicide.

Self-injury is a symptom of an underlying psychiatric disorder, and victims often depict behavioral and emotional instability. Consult your physician if you engage in self-injury, no matter how minor or infrequent. These actions are indicative of a larger issue that must be addressed, so the sooner you seek assistance, the better the outcome will be.

What Causes Self Harm?

People are usually self-injurious when they have intense negative feelings, experience emotional instability, and other traumatic events.

For example, if a person grew up in an unstable family, it might have become a way to deal with stress.

People who engage in substance abuse or binge drink are more likely to hurt themselves because they have less self-control.

Diagnosed of Self Harm

If someone shows signs of hurting themselves, a mental health professional who knows about self-injury should be called. This person will be able to make a diagnosis and suggest a treatment plan.

A physician or therapist will then review the patient’s medical history, the emotions linked with the behaviors, how long self-injury has been occurring, and the intensity and kind of injuries that have occurred.

The next stage is assessing whether the individual has a comorbid psychiatric disorder and is suicidal. Once these evaluations have been completed, the physician can give therapy suggestions.

Non-suicidal self-injury (NSSI) has not been considered psychopathological except as a sign of BPD in the fifth edition of the diagnostic and statistical manual (DSM-5).

Who Is More Likely to Engage in Self-Injury?

According to adolescent psychiatry, adolescents are more likely to hurt themselves for reasons other than suicide.

A study shows that 15 percent of teenagers and 17–35 percent of college students have hurt themselves through actions such as cutting, burning, or hitting themselves.

Adolescents and young adults experience a crisis with their personal identity, and this has been known to contribute to self-harm. 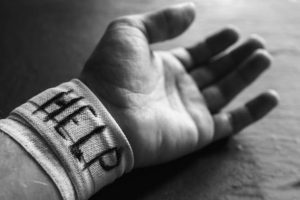 Self-harm has negative effects if there is no intervention

Some of the self-harming behaviors include:

Does Self Harming mean I have Borderline Personality Disorder?

Self-harm is a persistent issue in a number of mental health disorders, but it is especially prominent in Borderline Personality Disorder.

Borderline personality disorder (BPD) is a serious mental illness that causes people to have trouble controlling their negative feelings, interpersonal difficulty and self-image, and self-harm.

According to research, people with BPD report more frequent, severe, and diverse NSSI than self-injurers without BPD.

The Difference Between Suicide Attempts and Self-harm

The main difference between suicide and self-harm is suicidal intent. People who are suicidal have severe life stressors or mental health disorders that are causing them unbearable pain, and suicide is their way to end this pain. Most people who are attempting suicide feel hopeless, worthless, and hopeless.

What are the Warning Signs of Self-Harming Behavior?

Individuals who self-injure exhibit some warning signs. Self-injurers tend to hide their shame and guilt by keeping their injuries a secret.

Some of the signs that show someone has engaged in self-injurious behavior include: 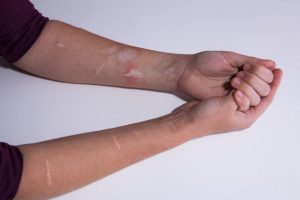 The Risks of Self Harming Behaviors?

Unfortunately, self-injury may be risky, it can result in life-threatening injuries or even unintentional death. Additionally, there is an increased chance of substance abuse, poor physical and mental health, and unemployment.

Although the majority of those who self-harm don’t wish to die, as they look for ways to cope with overwhelming emotions, their behavior can become more regular and addictive. Self-harmers occasionally experience emotions of guilt, self-hatred, and helplessness, as well as suicidal thoughts. Several suicide attempters have a history of self-harm.

Treatment of Self Injury

Professional treatment for self-harm involves the help of trained therapists who help the people who hurt themselves figure out why they do it. Examples of these treatments include:

DBT is a treatment program that can be done in groups or one-on-one. It helps people gain more control over self-destructive urges like wanting to self-injure and learn new ways to deal with stress, like mindfulness.

Family therapy is a type of therapy that helps family members learn to talk to each other more directly and honestly. It also looks at any family stress that may have caused the behavior. Child and adolescent psychiatry recommends family therapy for children who self-harm.

Talking about your problem in a group with people who have similar problems may help reduce the shame that comes with self-harm and help you show your emotions in a healthy way.

In addition, hypnosis and other self-relaxation techniques are useful for lowering the stress and tension that frequently precede self-injury episodes.

Your doctor may suggest a short stay in a psychiatric hospital if your symptoms are overwhelming or very bad. A hospital is a safe place where you can concentrate on getting better and receive the appropriate treatment.

For example, if an accident survivor heard a car’s brakes screech, it would bring back memories of the accident. The person would then start cutting to deal with the accident scene.

To lessen the initial impulsive response to stress, antidepressants or anti-anxiety drugs may be administered.

How Can I Help Someone who is Self-Harming?

It might be challenging to know what to do if you have concerns about a friend or family member who is self-harming. It’s crucial to act immediately if you become aware of a problem. If you wait for them to ask for assistance, you can waste crucial time getting them the finest support and care possible.

Self-injury is an issue that requires an all-encompassing solution. Close relatives and friends should offer assistance and support.

Most parents are horrified to learn that their child hurts herself. Due to their ignorance of the subject, they react out of emotion and criticize others while expressing remorse and uncertainty. To prevent NSSI intensification, such a response should never manifest.

The leading causes of NSSI are stress and imbalance. According to the American psychiatric association, the benefits of meditation for achieving and maintaining balance have previously been demonstrated. Not only does meditation provide you with an hour of peace, but it also teaches you how to keep the condition for as long as you can.

If you are experiencing thoughts of self-harm, you can reach out to mental health professionals through the crisis hotlines such as the national suicide prevention lifeline, and they can give you the support you need.