The Worry Over Having LGBTQ Rights Taken Away

With the rising persecution of LGBTQ individuals, this minority group has suffered mentally at the hands of anti-LGBTQ laws. They are ridiculed and stigmatized by anti-LGBTQ hate groups, who also spread their hate everywhere to ensure that more people oppress them.

The spreading antagonism now affects the abilities of lesbian, transgender, bisexual, and gay individuals to get jobs successfully. They are also not free to open up about their sexual orientation. Asides from the mental trauma from these, they also risk the chance of physical assault, harassment, and bullying.

Across the world, there’s a sizeable anti-LGBTQ movement focused on criminalizing the activities of transgender and gay people. Even in countries that allow LGBTQ equality, same-sex couples are shunned because the anti-LGBTQ groups believe the sexual minorities are upsetting traditional moral values by accepting their sexual orientation.

As the acceptance of the LGBTQ community keeps rising, so does the hatred of the anti-LGBTQ hate movement because their supposed enemies are gaining ground in people’s hearts. The hatred is evident in how the hate groups are constantly lobbying for anti-LGBTQ legislation to ensure that LGBTQ individuals won’t have rights.

In ancient times, society was rigid about the natural way of life relating to marriage and procreation. The only acceptable marriage was that between a man and a woman. Many countries, such as England, criminalized sodomy and same-sex relationships as early as the 16th century, sometimes punishing it with death.

In recent times, Nazi Germany was a prominent anti-gay country in the 1900s. They treated LGBT individuals as people with medical disorders, sterilized them, and sent them to concentration camps. In America, the anti-LGBT movement began after WWII when there was a widespread reveal of gay identities. 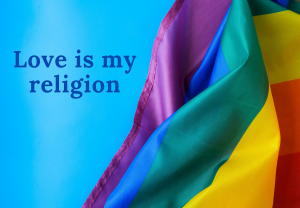 Love accepts everyone. A conservative christian with love can accept LGBTQ individuals.

Besides the individual freedom of a believer, different bodies with religious affiliations don’t endorse LGBTQ equality and are constantly seeking means to pass anti-LGBTQ bills. These religious groups also persecute gay men in their congregation, violate their human rights, and force them to change their sexual preference.

There seems to be no slowing down for the hate groups as they enjoy financial support from various supporters of their beliefs. In 2020, 11 anti-LGBTQ groups were reported to have amassed over $110 million from donors. Such massive amounts indicate that there are people who genuinely believe that LGBTQ individuals and other minority groups are threatening society.

Despite the public support for LGBTQ people, the anti-LGBTQ groups still have their fanbase, which has ensured an average of 25% revenue growth for the 11 groups within four years. Foremost among the groups is the Family Research Council, a hate group that increased its revenue from $12 million to over $23 million within ten years.

The Involvement of States in Sexual Orientation and Gender Identity 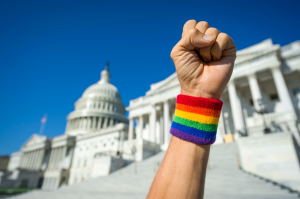 The government is the machinery created by the people to protect them from external threats and other citizens. Thus, if the government suspects harm against its citizens, it will swoop in to save them. This is excellent news for LGBTQ people as contemporary American politics support nondiscrimination to protect transgender and openly gay people.

The support for nondiscrimination means that states are getting involved positively in matters concerning LGBTQ people. With the increasing support for the homosexual lifestyle, gay marriage, and transgender identity, anti-trans bills and anti-LGBTQ opposition may soon become a thing of the past as more states prevent discrimination.

Twenty-one states have fully protected their people by passing nondiscrimination laws that support LGBT equality and ensure no one will discriminate against another person based on gender identity or sexual preference.

States with Some LGBTQ Protections

Utah has also made some headway in protecting its LGBTQ people, but it has not entirely succeeded. Hence, there is the abolition of discrimination because of gender and sexual preferences when getting a job or a house.

However, human rights violations can still be perpetrated against gay and transgender people because the political authority doesn’t offer explicit protections in public places such as theaters, stores, and restaurants. Therefore, Utah is regarded as only having some protections.

States with No LGBTQ Protections

Twenty-seven states in the United States can be said to have laws for only heterosexuals since they don’t have explicit rules on enforcement of nondiscrimination protections. LGBT rights can be trampled upon, and LGBTQ individuals can be prevented from getting a house or public accommodation without legal repercussions in these states.

The Way Forward for LGBTQ Rights

After the grim years of anti-LGBTQ groups oppressing LGBTQ individuals, there are now several silver linings. President Trump barred transgender youth from joining the military, but President Biden reversed the order. Similarly, the Supreme Court ruling that recognized marriage between the same sex is also a victory for the human rights of LGBTQ individuals.

To get more victories concerning LGBTQ issues and rights, it’s essential that people continue to clamor for all state governments to accept and protect LGBTQ people. Instead of leaving the work to known LGBT activists alone, people can join an advocacy organization to promote LGBTQ rights.

Moreover, concerned persons can support individuals who have had their rights violated by helping them access Human Rights Watch and necessary mental care. They can also educate ignorant people about sexual and gender equality in online and physical events.