Analyzing the Causes and Effects of LGBT Bullying

Despite the increasing acceptance of LGBT youth among their peers, there are still many reported cases of bullying and victimization. In some schools, cisgender LGBQ youth are often the targets of heterosexual students who make fun of their sexual orientation and gender identity. And the bullying doesn’t end with verbal insults; it can sometimes extend to physical assault.

Parents and loved ones of the LGBTQ youth can see the anguish of the victimized kids and desire to do something about it. However, without knowing the genesis and consequences of the bullying, they can’t solve anything. In this article, you can learn the causes, effects, and possible solutions for LGBTQ bullying.

Causes of LGBTQ Bullying and Discrimination

High school students and middle school pupils are in their formative years; thus, their actions primarily reflect their upbringing and environment. They soak in the conforming beliefs of their family members and act out against “different” people, meaning that they don’t consider gay teens as ordinary people but as abnormal entities that can be treated anyhow.

Moreover, since the Internet is a melting pot of different people, including those that dislike LGBTQ youth, bullies continue to get validation from people who dislike transgender youth and LGBTQ students. As the bullies’ exposure to the Internet continues to deepen, they can obtain more ideas for actions and words to ensure that bisexual youth and transgender students are constantly experiencing bullying.

The continued existence of the causes of bullying victimization has resulted in a high rate of adolescent bullying. In a survey by Trevor Project, 52% of LGBTQ middle school students and high school students are now being tormented through electronic and in-person bullying.

Transgender youth experience bullying virtually everywhere they go; in school, on the way to school, at a summer job, or at parties. Due to the dread of further experiencing bullying, incidents usually escape the notice of school administrators, parents, employers, or guardians. With the cases getting unreported, bullies continue to wreak havoc on their victims’ mental health.

The exact definition of what is happening to gay, bisexual, transgender, and nonbinary students is stigma-based bullying. They undergo mental and physical harassment because of their different gender and sexual identity, rather than a typical case of bullying that involves harassment of any seemingly weak kid.

Although the two forms of bullying are severe, there are many long-existing prevention measures for typical bullying. However, since stigma-based bullying is only a recent concept, it doesn’t have a lot of established strategies dedicated to its prevention. This has led the stigma-based bullies to continue their harsh actions since there’s no efficient means of stopping them.

The Negative, Dangerous Effects of Bullying 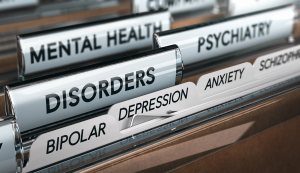 An LGBTQ student may suffer from mental health issues and have a suicide attempt.

Bullied LGBTQ youth can develop mental and physical health issues. The stigmatization, discrimination, and violence meted out to them based on their different sexual orientation, or gender identity is enough to cause any human to get depression and try to attempt suicide.

The physically assaulted LGBTQ students usually get injured and nurse the injuries alone without trying to involve any adult for fear of more bullying. The bullied LGBTQ students are also likely to become less attentive in class, resulting in poor grades, less participation, skipping classes, or eventually dropping out of school.

How Is Their Mental Health Being Affected?

Getting stigmatized by peers who laugh with each other while pointing at them can be terrible for any LGBT youth. The incidents they endure eventually cause them mental health issues as they cannot have meaningful connections with their mates. In attempts to escape the horrible reality, some LGBTQ students have attempted suicide.

Suicide attempts are not the only way their mental health is affected; bullied LGBT youth also suffer from depression, anxiety, and fear of more bullying. Due to the intolerance of their peers, these young people grow up to hide their sexual orientation because they fear a repeat of the discrimination they faced as children.

Bullying and Suicide Risk among Gay and Transgender Youth

The fragile minds of young people don’t allow for prolonged exposure to abuse and discrimination. Sooner or later, the psychological distress they experience may lead to suicide attempts. The Trevor Project survey recorded that 29% of bullied LGBTQ students attempted suicide in 2020, indicating a significant number of students can’t deal with the bullying based on their sexual orientation.

Besides the bullying, the youth’s inability to disclose physical or electronic bullying is also one of the causes of attempted suicide. If they can report to school staff or parents, they will be put in adolescent health programs to help them heal from the mental effects of the bullying. However, many fail to report because of the fear of further ostracization from their peers, leading to them attempting suicide to escape the situation.

How to Stop LGBTQ Bullying

To rid the world of the pain that LGBTQ youth face due to their sexual orientation or gender preference, bullying has to be stopped in schools. The efforts may be enormous, but it becomes a compulsory cause because there will no longer be any bullied LGBTQ youth suffering from mental and physical health issues.

If every state can implement nondiscrimination protections for LGBTQ people, this will have a trickle-down effect on bullying. Schools can also incorporate the prevention tactics used for typical bullying. Every parent or guardian will also have a role to play in educating their ward about the equality of everyone.

Anti-Bullying Alongside Gender and Sexuality Alliances

The anti-bullying movement can be very effective in stopping bullying as it involves a campaign focused on teaching young people the values around bullying. Parents and school staff can give lectures to the students on what bullying is, how to react to it, what to do when they witness bullying, and why they shouldn’t engage in it.

Gay-straight alliances can also help stop bullying since they comprise student-led clubs that try to create an accepting environment for everyone in the school. Their grassroots approach to teaching students the values of sexual orientation equality is highly beneficial because they can relate to the students’ experiences.

Bullying can also be tackled by using love to counter a bully’s harsh actions and words. Rather than institute severe penalties against the bullies, they can be made to listen to lectures about gender minority social stress and sexual identity.

Although this method may seem ineffective, it is noteworthy that the bullies are children who have been misled by their upbringing, environment, or media exposure.

What Can Be Done To Help Cope With the Effects of Sexual Orientation and Gender Identity Bullying?

During and after effecting steps to stop bullying of LGBTQ youth, there will be a need to take care of the bullied ones suffering from the effects of the stigmatization, discrimination, and physical assault.

Therapists specializing in LGBT health can help take care of bullied youth through adolescent psychiatry. Parents, community members, and school administrators can also support LGBTQ youth by providing them with the hotlines of mental health organizations. They can equally teach the affected young people how to recognize their trauma so they can move on.