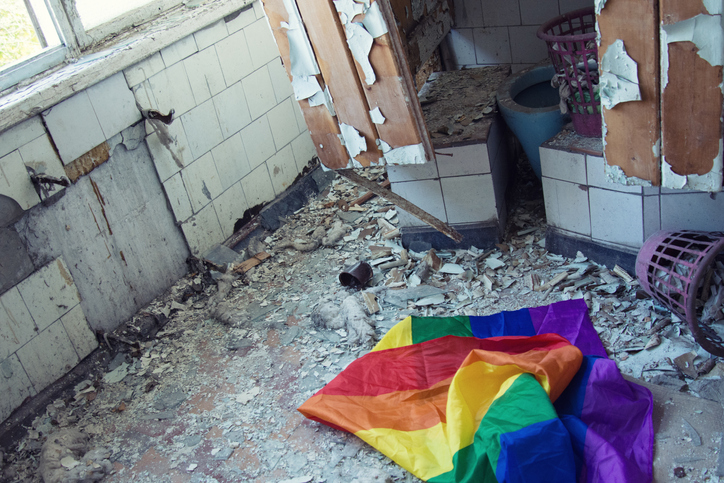 Homelessness affects many Americans, but less talked about are lesbian, gay, bisexual, and transgender youth. Although there are no precise figures on what percentage of young adults identify as LGBTQ, estimates place them between 9 and 40 percent. This clearly shows that they make up a sizeable portion of the population that shouldn’t be ignored.

How Many Homeless Youth Are in America?

It is estimated that over 4 million youth experience homelessness every year. This means that 1 in 10 youths aged 18 to 25 and at least 1 in 30 adolescents (13 to 17) go through some form of homelessness unaccompanied by a parent or guardian.

It is also estimated that 20 to 40% of homeless youth are LGBTQ. Conservative figures show that around 400,000 LGBTQ youth experience homelessness. This indicates that homelessness is a more significant challenge for LGBT youth than their heterosexual peers. 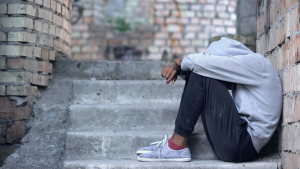 There are several factors that lead to LGBT youth homelessness. Some are systemic, others are financial, and unfortunately, some are societal. Here are some of the main reasons why there are so many homeless LGBTQ youths in America.

Poverty is the leading cause of housing insecurity in America. Lack of economic stability causes difficulties such as trouble maintaining housing, unplanned parenthood, and poor mental health, leading to housing instability.

Some of the LGBT youth experiencing homelessness are on the streets because they fought with their parents. Family rejection and discrimination are synonymous with the LGBTQ community. Parents who are intolerant of their children’s sexual orientation and gender identity might kick them out.

Some young people also run away from home when they realize their sexual or gender identity is causing family conflict. 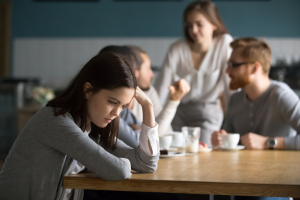 Family rejection is a major cause of lgbtq homelessness

Due to systemic inequity and historical trauma, youths from African American or Hispanic backgrounds are more likely to experience homelessness than their caucasian peers. As a matter of fact, about 20% of the homeless people in America are Hispanic while 40% are black youth, despite both groups contributing to just over 12% of the population each.

This overrepresentation occurs due to various exclusion areas including, housing instability, imprisonment, and income.

Multiracial LGBTQ youth face an intersection of two minorities, which makes them more vulnerable to adverse experiences such as housing discrimination.

Substance abuse is both a result and a cause of youth homelessness. Although drug abuse is a problem with most homeless people, it is prevalent among LGBTQ youth. LGBTQ young adults face discrimination, family rejection, and a host of other adversities that might lead to mental health challenges and eventually drug abuse.

LGBTQ young people often end up in the juvenile justice system due to the discrimination and abuse they’re subjected to by their families. As a matter of fact, researchers say that more than 20% of the youth in the juvenile system are lesbian, gay, bisexual transgender. Some reports say that these youth are wrongfully convicted and labeled as sex offenders.

In most cases, these experiences make it harder for them to find stable housing when they’re old enough to live by themselves. In addition, the “sex offender” label might make it challenging for them to secure employment, which leads to housing instability.

Family breakdowns keep injecting new kids and youth into the foster care system. The system itself is very unstable and has been linked to housing instability. Disproportionate parts of the homeless population have gone through foster care.

Since LGBTQ youth are at higher risk of family breakdowns, they’re overrepresented in foster care. These youth have a unique challenge of trying to find permanent supportive housing and rejection from their foster families. In some instances, these traumatic experiences leave LGBTQ youth feeling safer on the streets than in foster homes.

What Are the Experiences of Sexual Minorities on the Streets?

LGBTQ youth experiencing homelessness have a rougher time on the streets than their non-LGBTQ peers. Here are some of the atrocities they go through.

Housing instability and poverty leave most homeless LGBTQ youth with a lack of options that sometimes results in sex work and survival sex. The latter is defined as trading sex for basic needs like food. This leads to an economic dependence in place of a professional transaction. Unfortunately, sometimes this can leave them vulnerable to sexual abuse.

All homeless people face physical health issues. However, despite all their vulnerabilities, including exposure to harsh weather, injuries, and assault, there are many hindrances to healthcare. These include lack of transport, high costs, and fear of judgment.

Even so, LGBTQ youth experiencing homelessness are more likely to be assaulted, which increases their chances of ill physical health. They are also more likely to contract STIs from sexual exploitation.

Youth shelters are places where homeless youth go to seek refuge. Unfortunately, these shelters can be unfavorable for LGBTQ youth, who are often discriminated against by the service providers. The staff often lacks sensitivity training on how to serve LGBTQ youth, while the shelters miss essential amenities such as private showers.

LGBTQ youth have also historically been excluded from single-gender shelters. Even worse, when they’re admitted into mixed-gender shelters, they are assigned placement according to their anatomical gender. This leaves them vulnerable to violence and other safety risks.

How Can We Support LGBTQ Youth Experiencing Homelessness?

As we’ve seen, LGBTQ youth homelessness is a serious national challenge. So, what can be done to alleviate their situations?

Homeless LGBTQ youth are just a part of a large youth homelessness problem. Affordable housing programs would reduce the number of homeless youths who experience homelessness.

If housing programs are not a viable option, the existing homeless youth services should conduct sensitivity training for their staff and engage young lgbtq people as partners in improving their services and systems.

Emergency shelters should also be increased to keep up with the rising number of homeless LGBTQ young people.

Many homeless LGBTQ youths also suffer from mental health issues such as depression and trauma from the discrimination and abuse they get. Administering mental health care will help them get back on their feet. 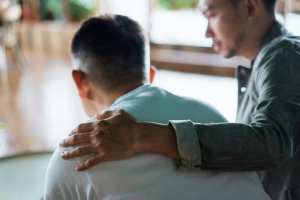 The judicial system should also be more inclusive to cater to LGBTQ youth. Child welfare systems, on the other hand, should ensure that LGBTQ children under foster families are treated fairly and with dignity.

LGBTQ youth homelessness is a huge barrier to our development as a country. Young people should not be mistreated due to their race, gender identity, or sexual orientation.

Fortunately, you can begin making a change in your community by advocating for inclusive transitional living programs, equitable distribution of community resources, and fair treatment of everyone, including young people experiencing homelessness. You can also support homeless youth by encouraging them and helping them build their resilience.