The Impact and Dangers of Social Media on Youth Mental Health

In today’s society, social media is a major part of life for all age groups. While some use the platforms to keep up with family and friends, others use the sites for networking and job hunting. For those 18 and younger, social media has changed the way young people communicate with each other, often leading to inappropriate use, and bullying among other things.

As part of Cook Children’s Joy Campaign, which aims to reduce the number of children and teens attempting suicide, we’re looking at the role social media plays in the mental well-being of young people.

Kristen Pyrc, M.D., medical director of Psychiatry Outpatient Services and the Partial Hospitalization Program at Cook Children’s, says the number of her patients dealing with anxiety and depression has significantly increased over the past year. She’s concerned that social media is playing a role, especially during the pandemic when young people are online more than ever.

“I have seen an increase in depression symptoms in teenagers who had not had them before,” Dr.Pyrc said. “So maybe I regularly see them for something like ADHD, and now they are showing symptoms of depression on top of that.”

Dr. Pyrc said she often hears complaints from parents that their children are ‘tied’ to their phones. She believes a major problem with that is a lack of exposure to seeing friends in person, and the opportunity for kids to feel left out when they see peers online having fun without them.

“I think online culture can worsen students’ feelings of loneliness and rejection because they see their friends doing things together without them in real time,” she explained. “Also we tend to post things that highlight what’s going well in our lives, but may not tell the full story of the times that we feel sad or inadequate. When teens are feeling down, seeing everyone else having fun without them can make them feel worse.”

Katie Greer, an internet safety expert, has spent the past 15+ years educating students, parents, law enforcement, and large companies across the country about the importance of online safety.

“I have seen social media used to bring out the best in humanity, but I have also seen it rip families apart in a matter of minutes,” she said.

Greer, who began her work as the director of Internet Safety with the Massachusetts Attorney General’s Office, believes social media has evolved in ways no one was ready for. Not so long ago, bullying was something that happened mostly at school. Now, young people are bullied online, in front of countless people. Even worse, a bully’s comments can be liked and shared by others. 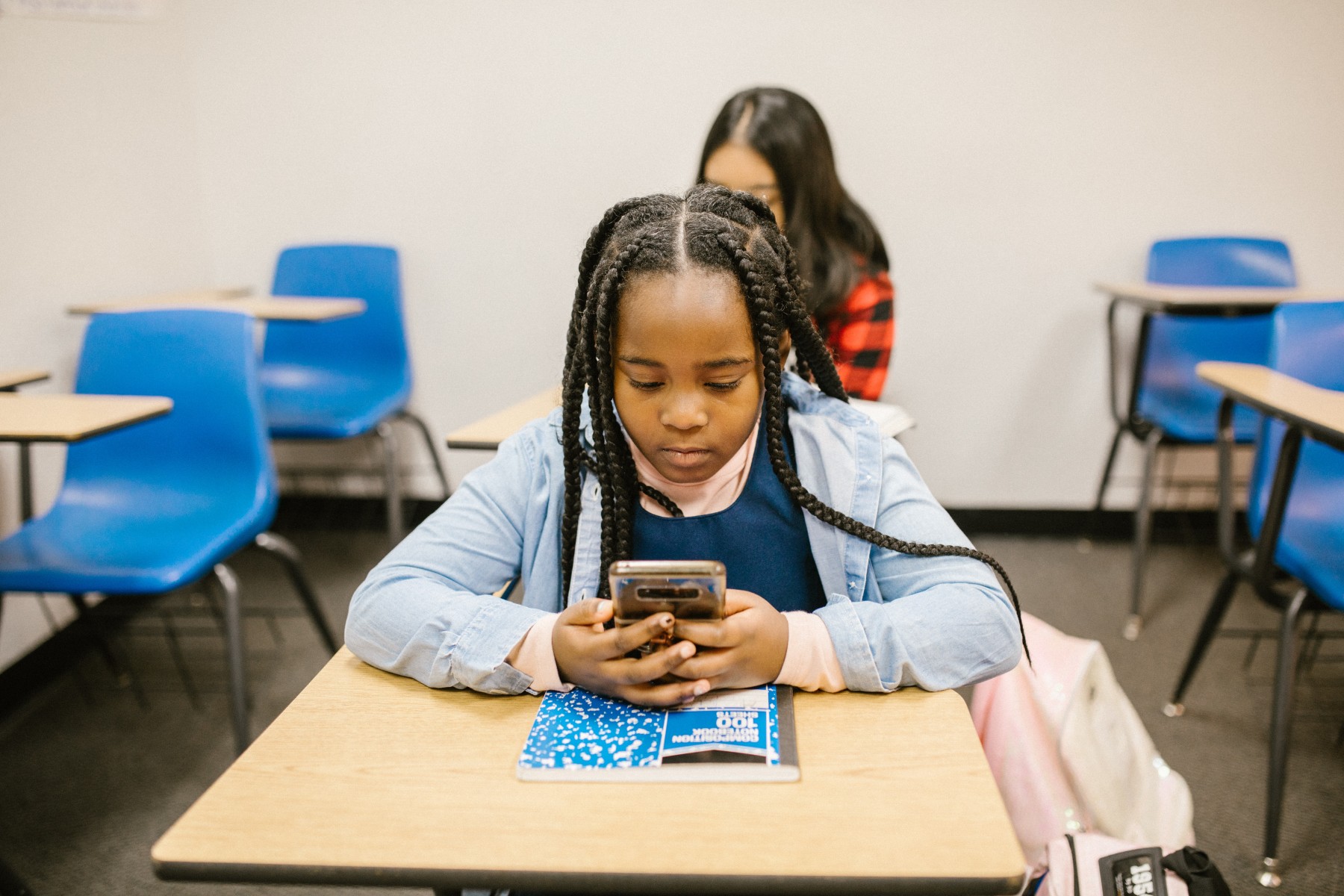 “Kids were already spending a lot of time on their phones and online, then came a global pandemic. Now, they’re attending school online and relying on things like gaming online and social media platforms to connect,” Greer said. “There’s a lot more opportunity for cyberbullying and while it can start with one person, it can be a matter of seconds for others to jump in with a like or a comment and gang up on the victim.”

Situations like this increase a child’s chances of dealing with anxiety, depression, and self-harm.

“We know that developmentally, children’s brains aren’t fully formed,” she said. “When we put something in front of them as complex as social media, it’s almost as if we are asking for trouble.”

“TikTok is a platform that has created unrealistic expectations about everyday life,” she explained.

She said children and teens see their peers or influencers having “perfect” lives and begin to feel as if they’re inadequate, or aren’t enough or worth it.

“Children have a desire to fit in and they want to have as much or more than their friends,” Greer said. “When children see their friends flaunt material things, or lavish experiences, that can make them spiral.”

Another issue putting kids’ mental health in danger is ‘sexting’ or the exchange of nude photos and videos, which has become quite prevalent.

“I recently was made aware of an incident where a girl sent a guy nude photos and he leaked them. Once they were leaked, so many people saw them, the young girl was humiliated,” Greer recalled. “The family reported that this led to the young girl untimely killing herself out of embarrassment and humiliation that her photos were leaked.”

Greer said, in cases like these, it is vital to remember that not only does suicide hurt a family, it also tears apart the people who loved and supported the victim.

Cook Children’s launched the Joy Campaign, which this story is a part of, to bring awareness to the increase in suicides and suicide attempts being seen at the medical center. In 2020, seven Cook Children’s patients died of suicide, making suicide the leading cause of traumatic death for the first time ever. The hospital has also seen record numbers of patients being admitted for suicide attempts month after month, most recently in March when 43 children and teens were treated for injuries. While the increase in suicide attempts cannot directly be tied to the pandemic, Dr. Pyrc said children need certain things to properly function in day-to-day life.

“Kids need in-person interactions. They need sunshine and exercise and all things encompassing,” Dr. Pyrc said. “Whenever your world is mostly virtual, it can hurt both your physical health and mental health.”

What does Greer suggest parents do? Stay alert and ask questions.

“A simple, “How was your day?” or “How are your friends doing?” can go a long way in opening the lines of communication,” she said.

She emphasizes knowing what your child is looking at online and know who they are talking to. If you are concerned about your child’s safety, there are measures you can take.

“While I am typically against this and wouldn’t always recommend it, there are ways parents can use apps that will mirror their children’s phone,” Greer said. “I do believe this could hurt the trust between a parent and a child, and isn’t the best way to go about typical monitoring, and I only recommend phone mirroring for dire situations.”

Before leaving any session, Greer reminds everyone she speaks with about the importance of a trusted adult.

“I tell parents and all adults it is important that children have a trusted adult they know they can come to at all times. Parents have to be okay with the fact that the adult may be someone other than them, it is all about a child feeling safe and opening up,” she said. “I also remind every child that I come in contact with that having an adult you trust is one of the most important things you can do to protect yourself and even help a friend.”

Both Greer and Dr. Pyrc see the issue and know there is a lot of work to be done to ensure we are helping our children with their new reality. Both professionals share their tips to help parents and families better support their children.

Monitor your child’s social media, and make sure you have their usernames/passwords in case of an emergency situation.